Here at Social Media AOK, we are always intrigued by the latest online fad, but also with those that deliver results!

Crowd-funding is the social media version of fundraising where individuals can donate money to support the cause. There are now more than 600 crowdfunding platforms around the world with a total estimated fundraising volume of $34 billion in 2015 (Massolution Crowdfunding Industry Report 2015). Teespring allows users to design and sell custom products through crowd-funding. Users simply design a product such as a t-shirt, tote bag or even mugs and leggings! Customers who are interested in your product then purchase it within a designated period. The user sets pricing along with a sales goal. Once the sales goal has been reached, orders for the product are then processed, manufactured, and then shipped. It’s a business model that obviously works, as 1 in 75 people from the US purchased a product in 2014. Teespring plays on the need for unique and different t-shirt designs and is very useful for those who are a part of a niche community.

A podcast and radio station This Week In Tech used Teespring as a way to sell their merchandise directly to their fans. The campaign eventually sold over 2,000 t-shirts. The show continue to use Teespring to sell their limited edition merchandise to supporters of their show.

KickStarter is a popular creative based crowd-funding website that focuses on bringing products to life. They target artists, engineers, designers, and other creators to pitch their proposed product to an audience who can fund their project. Users can pitch an idea and its sales goal, once achieved the money goes to the user to bring the creation to life. There are also incentives set by the user to help persuade people to donate. Once the money has been transferred to the users, all contributors can get their hands on the final creation before it gets released to the public. DANakaDAN is a Korean adoptee from LA and on his journey to visit his birth parents back in 2013, a KickStarter campaign was made by a film maker who wanted to document Dan’s journey. The said film maker didn’t have enough funds to make this trip and film a reality. Through KickStarter the campaign target was exceeded by almost $10,000 to a final amount of $34,456 making the film and journey over to South Korea possible. This campaign was a success as it played on the adoptee story and connected to the high number of Asian-based adoptees in the United States and around the world.

Patreon is a content-based crowd funding platform aimed at aspiring designers, musicians, and artists. It allows creators to obtain funding through their fans with either a one-off contribution or on a recurring basis. It is aimed at funding long-term projects such as magazines or podcasts. Unlike KickStarter and TeeSpring, there isn’t a sales goal, so Patreon is simply a way to gain “pledges” from fans. These creators will create their content with or without the monetary support therefore any monetary gain is just an additional bonus. Sailing across the world, Riley Whitelum and Elayna Carausu make their income from Patreon, YouTube and social media – where they have gained a following by documenting their life at sea. The couple started their sailing journey after meeting in Greece, and haven’t stopped since.  In the process they have acquired over 200,000 YouTube subscribers.

Patreon helps content creators like Riley and Elayna by allowing their fans to donate money to help fund their travels so they can keep doing what they enjoy – sailing and video-making. As a result of their popularity, the couple have just scored a new boat funded by social media, which has gained the attention of the press. Read more here.

Have you seen any good examples of crowdfunding campaigns?

Social media advertising can be an excellent way to generate traffic to your project on your chosen crowd-funding platform.  If you’d like to talk more on this, give us a call – we always start with coffee. 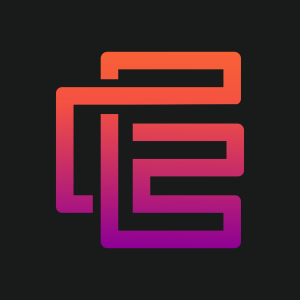