Like counts may well be set for retirement but is it going to help marketers create better content or improve one’s mental health?

So many marketing gurus are releasing articles today declaring the ‘end of the world as we know it’ or applauding Facebook for rolling out an initiative that has been packaged up as a test on the impact of like counts on people’s mental and emotional well being, but the core issue for businesses is still their failure to truly connect.

This coupled with society’s & parent’s failure to teach children an internalised locus of control, is what has us living in interesting times.

If we agree first that Facebook has an obligation to its “product” – the platform user – to ensure that the emotional and mental impact of its usage is positive, or at best minimally negative, then Facebook trialing this kind of approach makes sense.

To be fair though, when does a large shareholder driven company who sells data really have a concern more than wanting to maintain adoption and user levels as well as time on screen, after all that’s the reason that we as advertisers purchase access to their product, right?

At some point we need to seriously evaluate a society producing humans that make anyone but ourselves as individuals responsible for our own well-being. As a keen observer of human behavior in general I am always amazed at how quick we are to hand off our well-being to the world at large, who really don’t have our best interests at the centre of their concern.

Enough soapbox for today though, and on to my secondary point which is MARKETING.

Eventually businesses will come to understand that social media requires more than just big ad budgets and million dollar “viral” videos. The longevity and success of a business in the future is it’s capacity to connect to it’s customers – to have a real connection, and to understand what they are truly bringing to the table in terms of benefits.

In a world where we feel increasingly unseen and unheard, and flock in droves to a digital landscape to escape the feelings of disconnect and meaninglessness that result from an external locus of control, it is the businesses that champion that human connection and that put themselves out there in a raw, unfiltered and authentic way that will ride the wave.

Is that easy to do? Not for most. We spend so much time crafting the veneer or putting on our sales face that we often miss the opportunity to truly connect. As marketers we need to start asking the question: “What is the story that sums up who we are to our customers from an emotional context?” You should be able to get it down to just six words, and if you get it right you will know instantly, and moving forward every piece of social media content will either add to, or detract from, that story.

Being apologetically you is a risk, but the payoffs are epic if you are prepared to sustain the dialogue over time. 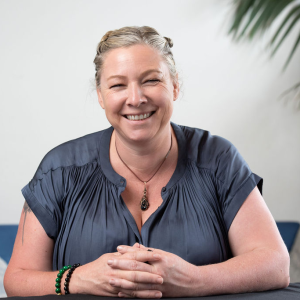 Social Media Trends: 20 things to consider for your strategy in 2020

Facebook has removed the grey verification badges – what does it mean for your company page? Why you can’t automate human connection