How often should I review my social media strategy? It’s a question we hear all the time:  “How often should I review my social media strategy?”

Gone are the days of spending hours writing a document that will last for years.  The world of social media is an ever-evolving one, so your social media strategy should never be a steadfast document that doesn’t get reviewed.  Here’s a few reasons why:

The digital world is ever-evolving, and as such there are often new social media platforms being introduced that we may need to consider for our business or brand.  If it appears like our target demographic are using a particular channel, then this is something we need to look at from a business point of view. We also need to review our social media strategy to ensure that it doesn’t feature any dead or dying channels either.  Vine was a short-form video hosting service that was launched in January 2013, and quickly became one of the most-downloaded apps on the iOS App Store.  While it enjoyed a period of being the most used video sharing application in the market, eventually it was unable to compete with the likes of Instagram, and was officially discontinued in January 2017.  Businesses who had been leveraging Vine needed to be agile and look at other options instead.

The teams working behind social media giants like Facebook and Snapchat are always working hard to bring out updates to their platforms that are designed to make them more useful for their users, more fun for their users, or to give businesses different functionality to reach their ideal target audiences.

In just the last 12 months, we have seen Facebook change its algorithm, and as such a real push towards the creation of Facebook Groups for some brands trying to maintain communication with their followers.

Facebook have also released different options within their advertising platform, including the option for the Messages Objective – running ads where the call-to-action is engaging in a private message with the page, as opposed to being driven off to a website.

We’ve also seen the use of ‘Stories’ on social media growing exponentially.  Instagram in particular have seen great success with Stories.  Of the 300 million accounts using Instagram Stories, one-third of the most viewed stories come from businesses, and one in five stories gets a direct message from its viewers.

Changes in the user bases of social media platforms

As new social media platforms enter the scene, we often see the user bases of existing social media platforms change.  When Snapchat really hit it’s stride, the younger users really flocked to this platform, attracted to the ephemeral and very private nature of the content, which in turn saw a decline in the use of Facebook by this group.

It is important to keep up to date with social media news, and how the user bases of each platform are shaping up.

Changes in the environment that surrounds what we do

Your social media strategy needs to be reviewed when there are significant changes in the world around us.  Take for example, the recent changes to privacy laws in Europe – the GDPR – or General Data Protection Regulation.  This new set of laws has been put in place to give Europeans more control over their data, and as such has had a roll-on effect to how businesses that may have a European audience need to handle the capturing of data, particularly through the use of Facebook pixels, and more.

Another recent example was the Cambridge Analytica data scandal, where data was mined and then used to influence US voters.  This has resulted in Facebook committing to remove certain targeting options from their advertising platform.  The targeting options offered under the categories in question is very powerful as it has allowed advertisers to target their Facebook ads to people who were frequent buyers, in the market for a new car, holding particular job roles, and more.

Changes within our businesses

Not only can the world around us change and instigate a need to review our social media strategy, but looking a little closer to home – our businesses themselves can change.

The possibilities are many, but any time you have a significant change in your business – tell yourself:  “I must review my social media strategy!” While you may plan a social media strategy out in advance, after each and every campaign or month of activity you need to review and then re-structure plans moving forward.  There’s no point forging forward with social media content or advertising campaigns if they’re just not getting the responses you were hoping for!

If you would like some help reviewing your social media strategy, Social Media AOK is here to help.  Give me a call in the office on 1300 65 85 43, and we can start with coffee. 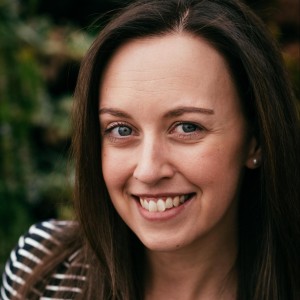 Tamara is the General Manager for Social Media AOK. With a background in marketing, Tamara has a passion for the online world and a firm belief that businesses can use digital media to drive new business, and become a core part day-to-day operations. Should my business post on social media for Australia Day? LinkedIn Feature – Helping Others to Pronounce Your Name Correctly